Welcome to the website of The Hellenic Society Prometheas 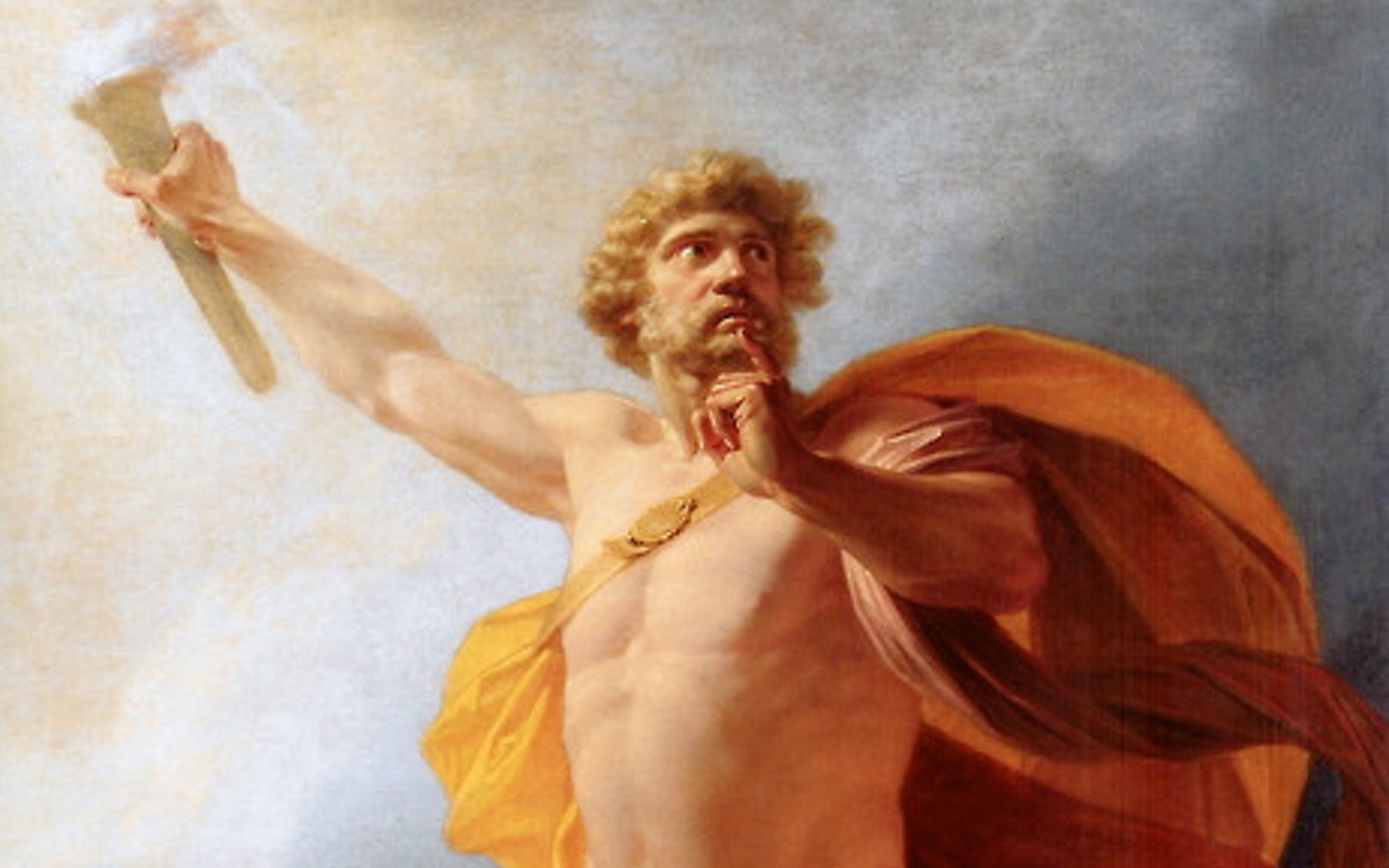 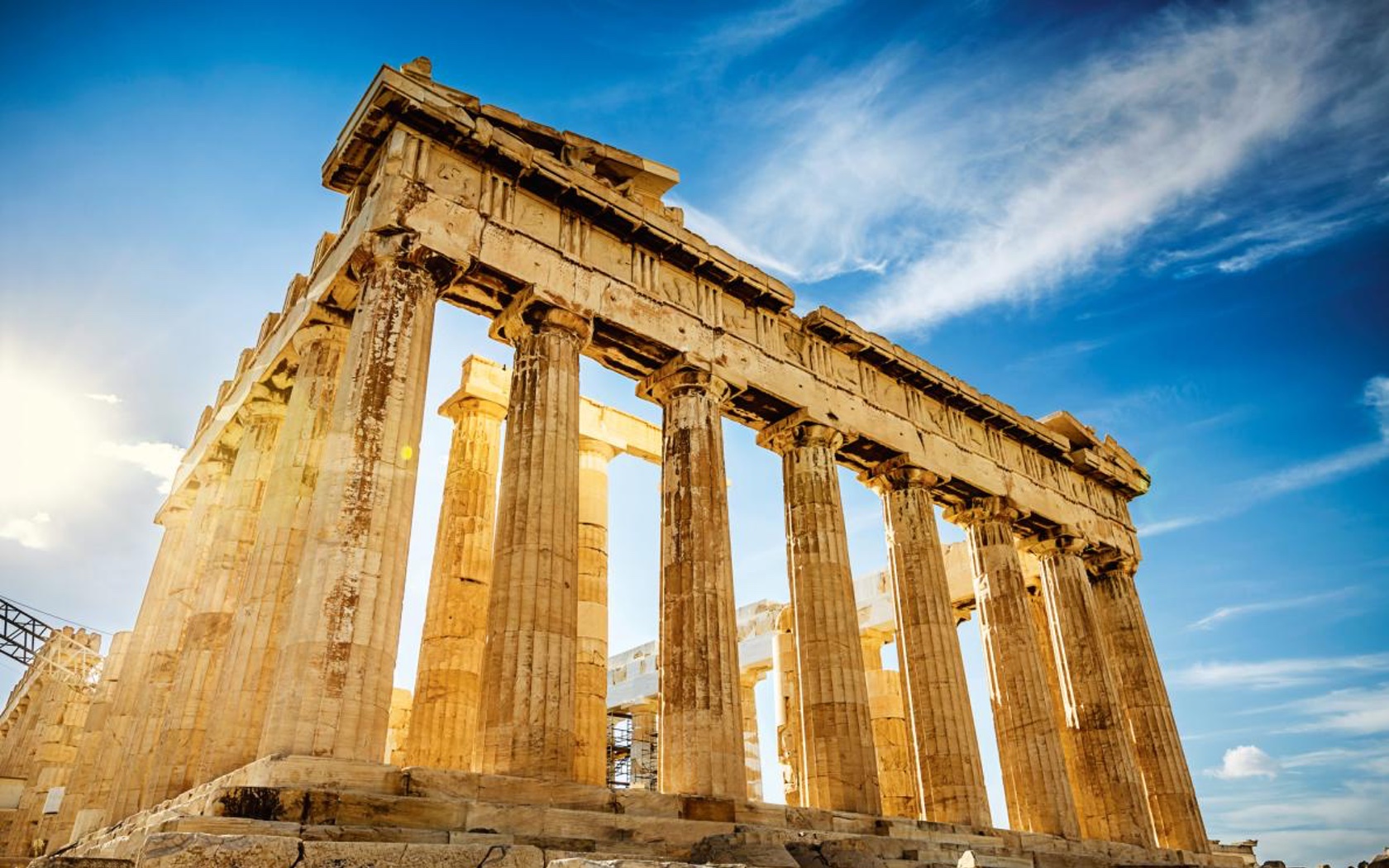 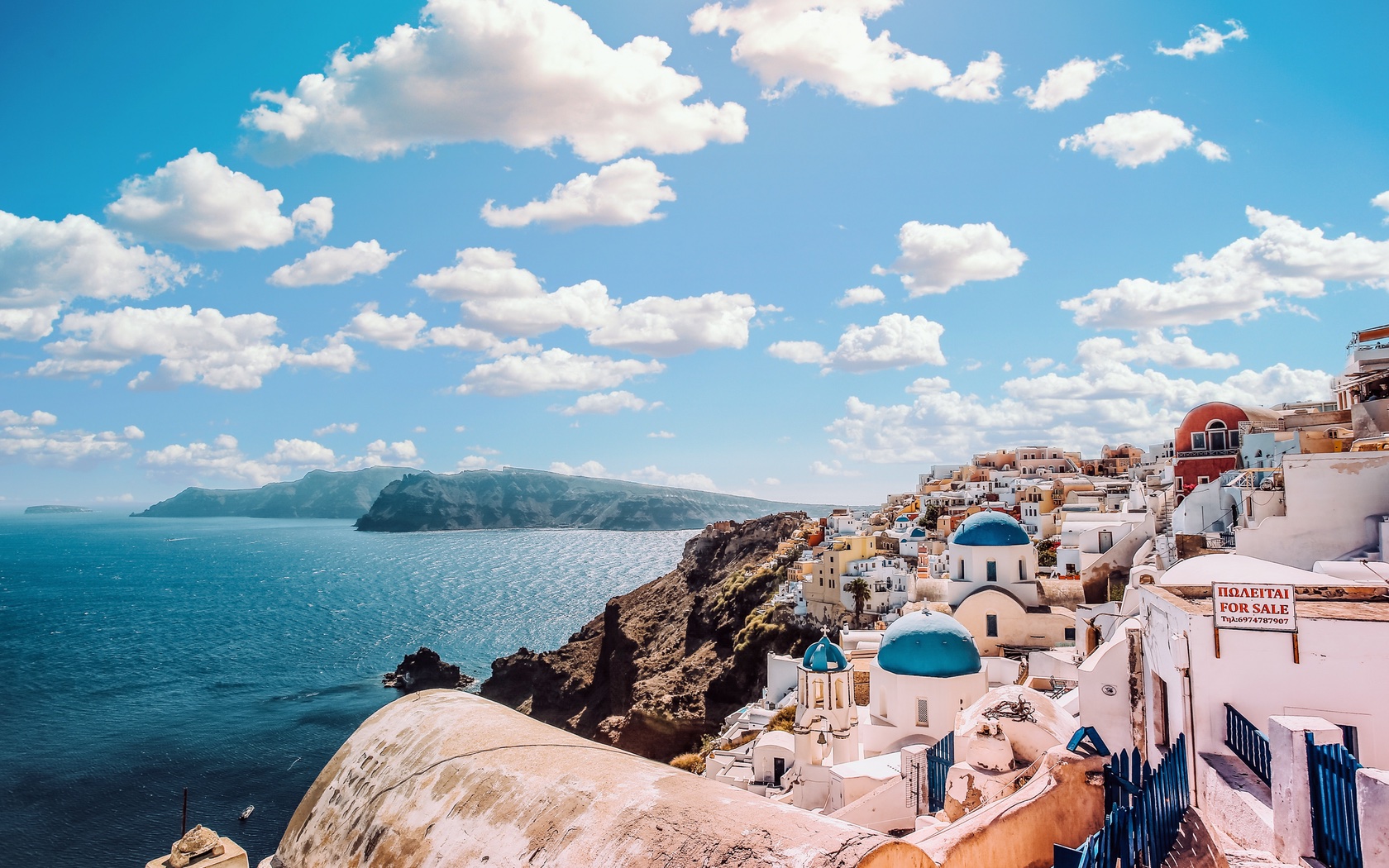 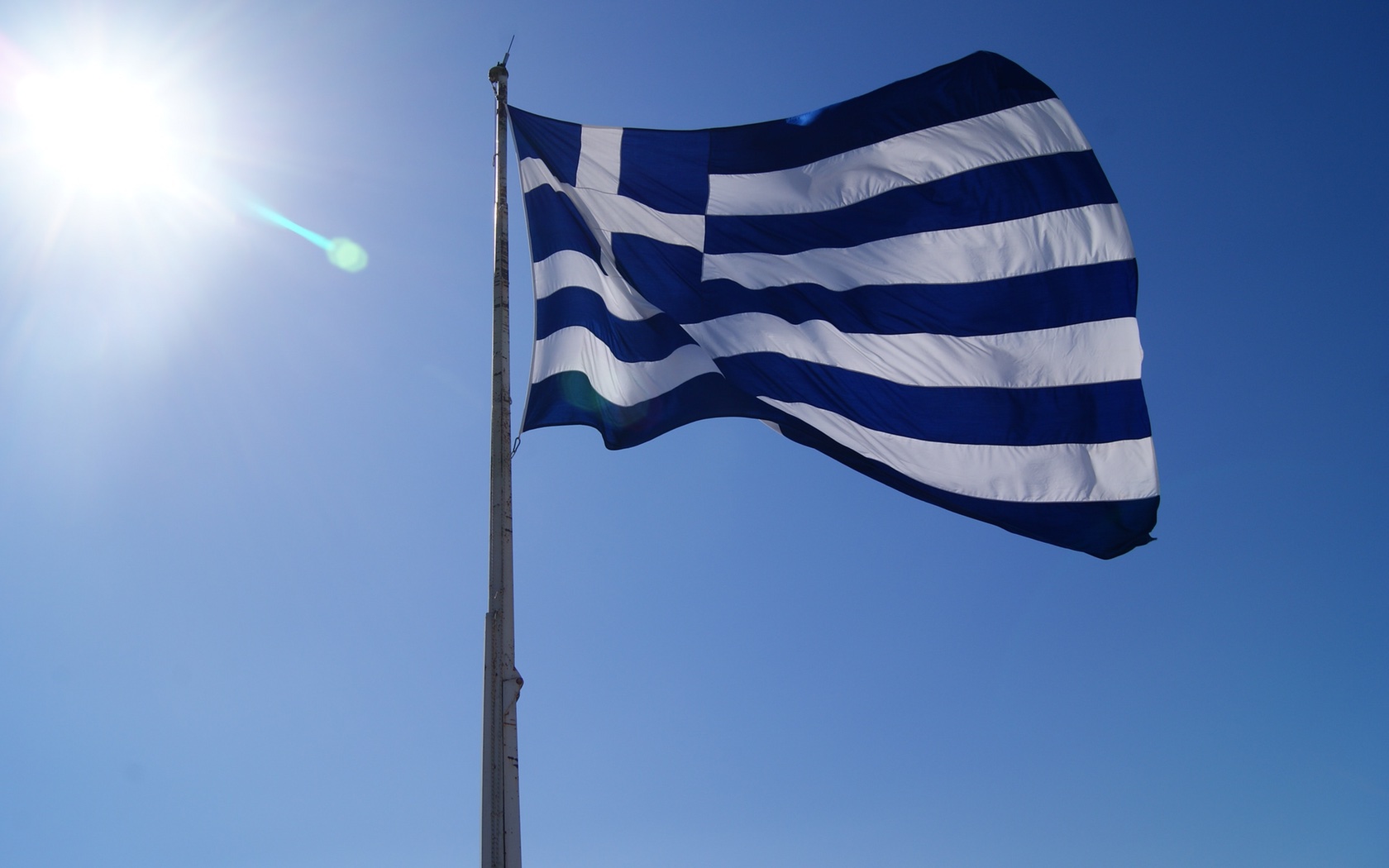 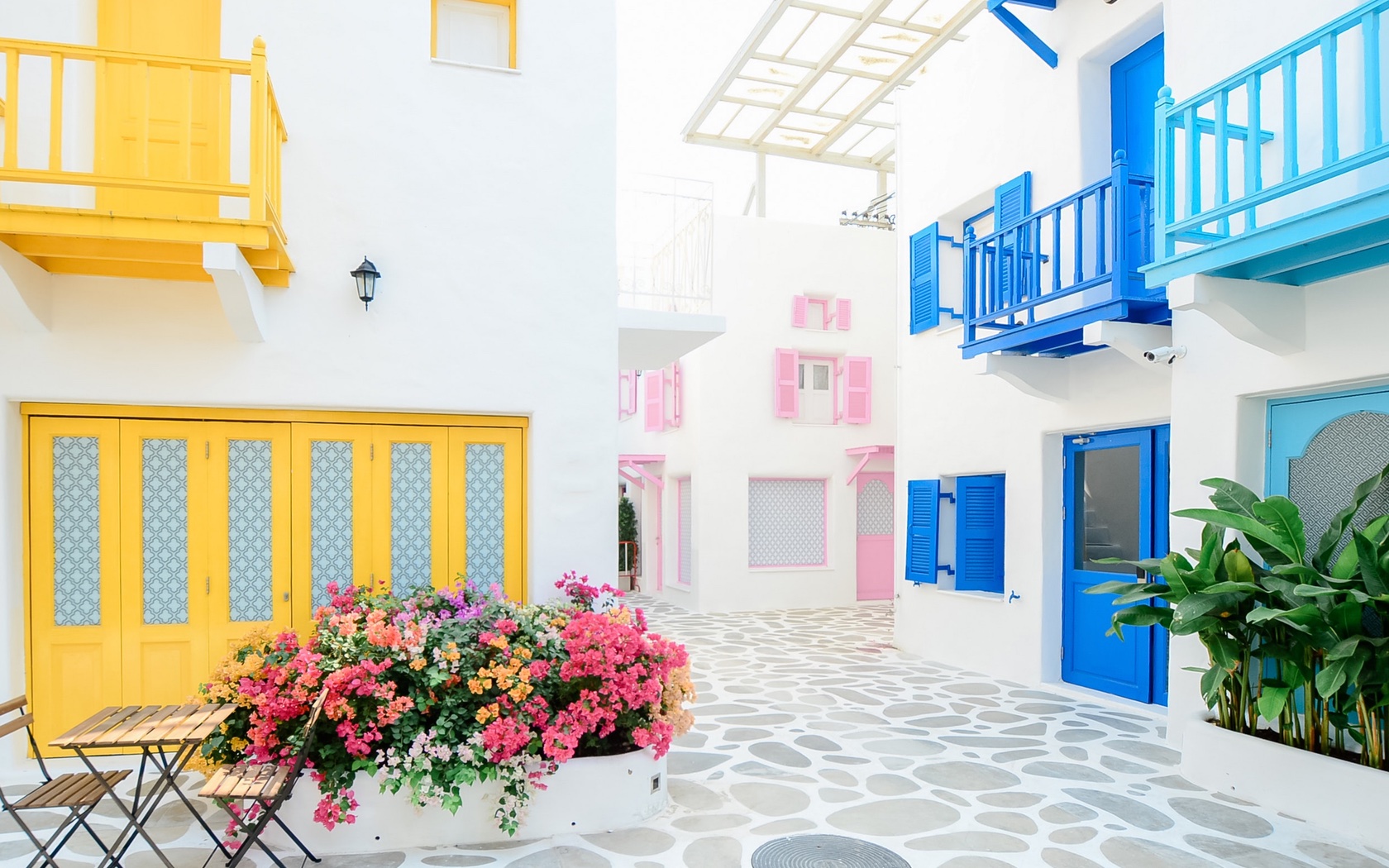 A message to our members

After a long period of meeting with our members online, The Hellenic Society Prometheas has resumed in-person events. We started the season with a presentation by Dr. Nikolaos Paschalidis, who discussed technology aspects of NASA science missions, and continued with an evening dedicated to the poetry of Christophoros Agritellis.

In the coming months we are very excited to offer you a number of events that combine traditional Prometheas celebrations, historical perspectives, and musical explorations.

Our list of activities keeps expanding but, for now, save the date for the following events:

An in-person presentation, organized by The H.S. Prometheas at St. George’s Founders Hall, featuring our keynote speaker, Dr. Stamatia Dova, Professor and Director of Classics and Greek Studies at the Hellenic College Holy Cross. The 2023 Greek Letters keynote address will explore the history of the word ὅμιλος, “assembled crowd, group of people,” from Homer to modern Greek within the framework of identity formation.

Following the keynote presentation, the Hellenic Society Prometheas Hellenic Language and Culture Awards will be presented to students of Greek schools of the Washington D.C. Metropolitan Area. The event will conclude with our traditional cut of the Vasilopita and a reception.

An evening organized by The H.S. Prometheas at St. George’s Grand Hall, celebrating the work of the great composer, with live music by Mortes, and buffet dinner and wine. Tickets and reserved table seating are now available online at DCGreeks.com.

The Hellenic Society Prometheas is a social and cultural nonprofit organization created in 1978 and based in Washington, D.C. Its goals are to promote the ideals of Hellenism and Hellenic culture both past and present, as well as to provide society members with a forum through which to pursue matters of common interest.

An in-person presentation, organized by The H.S. Prometheas at the Hellenic Center, featuring Dr. Nikolaos Paschalidis, who provideed an overview of NASA science missions, with emphasis on technology, including the recent James Web Telescope, the Artemis back to the moon and Space Weather missions.

A presentation by Pericles Stabekis, President of The Hellenic Society Prometheas, featuring one of his memorable lectures (in Greek): Echoes from Homer’s Iliad (Απηχήσεις από την Ιλιάδα του Ομήρου)

A lecture by Dr. Michael Cosmopoulos, co-sponsored by BAF/BOSONOVA and the Hellenic Society Prometheas.

The Hellenic Society Prometheas, co-sponsored by Hellenic Organizations in the Washington D.C. Area, hosted an on-line celebration of the 201st anniversary of the Declaration of the Greek War for Independence. The keynote speaker was Mr. Paul Glastris, Editor in Chief of the Washington Monthly, and former speech writer of president Bill Clinton.

The Hellenic Society Prometheas Inc. convened an Annual General Assembly on Sunday, March 6, 2022, to conduct elections for a new Board for the next two years. Details to follow.

The Hellenic Society Prometheas celebrated Greek Letters Day with an online event that included greetings from H.E. Ambassador of Greece to the United States, Alexandra Papadopoulou, and Secretary General for Public Diplomacy and Greeks Abroad, Hellenic Ministry of Foreign Affairs, Dr. Ioannis Chrysoulakis. The gueast speaker, 14-year old Dimosthenis-Dimitrios Despotidis, winner of the first prize of the Never Such Innocence International Poetry and Art Competition,  talked  about his first collection of poems, “Searching for My Footsteps,” published in Greek and English. The event conclude with greetings from students of Greek schools of the Washington, D.C. metropolitan area.

The Hellenic Society Prometheas hosted a web presentation by Dr. Nassos Papalexandrou, Associate Professor at the Department of Art and Art History at the University of Texas at Austin, on his ongoing research on a significant number of ancient objects presented to US presidents or high-standing officials by delegations of Greek administrations after WWII.

The Hellenic Society Prometheas hosted a presentation about a film project based on the life of Dafnis Panagides – a man engulfed in the violence of the years 1955-1974 in Cyprus, who moved on to become a voice for reconciliation and peace. This Film Project has been spearheaded by Stahis Panagides, retired official of the World Bank, and other American and international organizations, to honor the legacy of his brother Dafnis. In this pre-production phase, the presenters, including the film director Costas Ferris, a prolific internationally renowned film director who also directed the classic movie “Rembetiko”, discussed the evolution of Dafnis’ thinking and actions as political prisoner, parliamentarian, pacifist-Christian, and environmentalist, and showed how his patriotism shifted from a narrow, fanatic Greekness to an appreciation of the universality of Hellenic culture.

Cyprus: Island in the Storm – a film based on the life of Dafnis Panagides – Flyer

The 200th anniversary of the Declaration of the Greek War of Independence organized by the Hellenic Society Prometheas on Sunday, March 28, was a great success. The event was co-sponsored by the Greek Churches and all Greek American Organizations of the Washington D.C. metropolitan area.

The celebration began with a beautiful rendition of the American and Greek National Anthems performed by Sophia Pelekasis. They were followed by the breathtakingly spiritual hymn “Τη Υπερμάχω” (To Thee, the Champion Leader) performed by the internationally acclaimed choir of Dimitris Papapostolou.

Mrs. Zoie Lafis, Member of the Board of Prometheas, presented the program beautifully, while its President, Magdalene Kantartzi, welcomed the distinguished guests, Η.Ε. Gianna Angelopoulos-Daskalaki, President of the Committee “Greece 2021”,  H.E. the Ambassador of Greece Alexandra Papadopoulou and His Eminence Archbishop Elpidophoros of America. She also welcomed Professor Michael Wood and thanked him for his gracious acceptance to be the main speaker of this event, discussing “The Legacy of Greece: Reflections on the 200th Anniversary of the Greek War of Independence.”

The celebration concluded with a wonderful musical program. Sophia Pelekasis movingly sang the Lament of Markos Botsaris, (Το Μοιρολόι του Μάρκου Μπότσαρη). Maria Paschalides, a board member of Prometheas, beautifully sang We will meet again (Θα Βρεθούμε Ξανά) and Tsamikos, accompanied by distinguished classical pianist, Aphrodite Mitsopoulou. The last song was highlighted by the Return to Origins dance troupe that performed the Tsamiko, under the direction of Rena Papapostolou, known for her countless contributions to the Greek community.

Prometheas Webcast – The Bicentennial of the Greek War for Independence – YouTube

Wednesday, February 24, 2021: The Greek Connection – the life of Elias Demetracopoulos

The Hellenic Society Prometheas hosted a presentation by James. H. Barron, on his new book, “The Greek Connection: the life of Elias Demetracopoulos and the untold story of Watergate.” James H. Barron is a journalist, attorney, and founding advisory board member of the New England Center for Investigative Reporting.

The Hellenic Society Prometheas hosted an online celebration of Greek Letters Day, under the auspices of the Embassy of Greece.
The celebration included greetings by H.E. Ambassador of Greece to the United States, Alexandra Papadopoulou, and the Secretary General for Public Diplomacy and Greeks Abroad of the Hellenic Ministry of Foreign Affairs, Ioannis Chrysoulakis. The keynote speaker, Dr. Gregory Nagy, Francis Jones Professor of Classical Greek Literature and Professor of Comparative Literature, Harvard University and Director, Center for Hellenic Studies, presented “Some Meditations, by a Philhellene, about the Delights of Learning Greek.” The program also included greetings from students of Greek schools of the Washington, D.C. metropolitan area, and close with the traditional vasilopita!

Wednesday, November 18, 2020: Neoclassical Architecture in Greece:
Lessons to be Applied to Modern Cities and their Architecture

The Hellenic Society Prometheas hosted a webcast with a presentation by Michael Lykoudis, Professor of Architecture at the University of Notre Dame, on Neoclassical Architecture in Greece.

The Hellenic Society Prometheas hosted a webcast with a presentation by Mr. James Marketos, on the occasion of October 28. Prior to the presentation, H.E. Ambassador of Greece to the United States, Alexandra Papadopoulou, gave a greeting for this special occasion.

The Hellenic Society Prometheas hosted a webcast with a presentation by Dr. William Parkinson, Curator and Professor of Anthropology at Chicago’s Field Museum of Natural History and the University of Illinois at Chicago. Dr. Parkinson discussed the results of collaborative, Greek and American, archaeological research at Diros Bay, particularly in the massive cave of Alepotrypa, one of the largest Neolithic burial sites and one of the oldest prehistoric villages in Europe.

The Hellenic Society Prometheas hosted a webcast with a presentation by Mrs. Arsinoi Lainiotis and Mr. Theodore Vakrinos, Attorneys at Law, who discussed various issues relating to taxation for Greeks abroad, followed by a question and answer period on topics relevant to Greek law for Greeks abroad.

Podcast of the presentation:

The Hellenic Society Prometheas hosted its first webcast with a presentation by Dr. George Pavlakis, Chief of the Human Retrovirus Section of the National Cancer Institute, who discussed new developments for treatment and vaccination for Covid-19, and how to better protect ourselves in the coming months.

Prometheas is a social & cultural organization established in 1978.

Its goals are to promote the ideals of Hellenic culture both ancient and modern and to provide its members with a forum and mechanism to pursue matters of common interest.

Join our email distribution list by signing up here.